The Home of the Brave!

In honor of Patriots Day 2016, students sang many patriotic songs in music class.  Some became very interested in learning about the history of our National Anthem after listening to Mrs. Dickerson’s lesson and so Jace decided he would like to learn some more historical facts and this is what he found:


Francis Scott Key wrote the National Anthem in 1814 as a poem. He was on an enemy warship when he wrote it. He was on it because the War of 1812 was going on. The British took his friend, so he asked the British to give him back. They said yes, but they were going to launch a huge attack that night. So he stayed on the ship with his friend. They had to watch the war. That is when he wrote the National Anthem. Music was added in 1931. The line “The flag was still there” is said because in the morning, at the harbor, there was the flag.


That’s how the National Anthem was wrote. 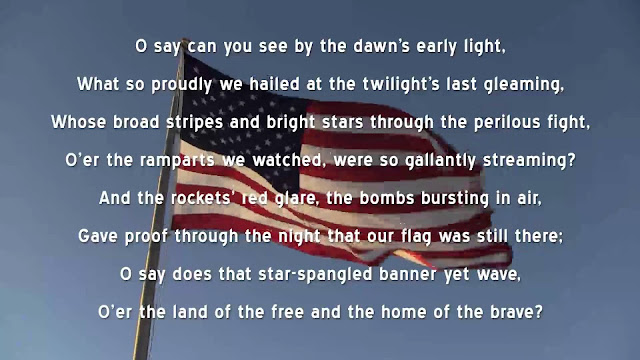